The Broadmead Chapter of MaCCRA held its Fall Meeting on Wednesday, October 9, 2019. The local state legislators were invited to talk about their expectations for the 2020 Maryland General Assembly. State Senator Chris West expressed his gratitude for being invited back to Broadmead. He was pleased to see the progress of the new entrance […] 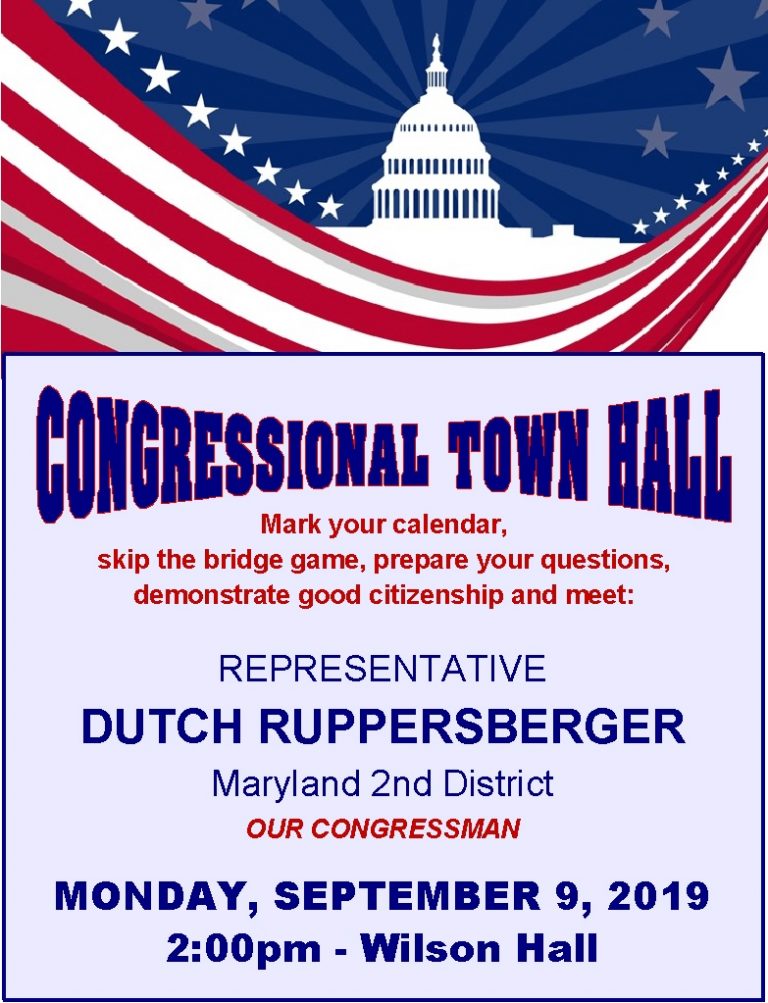 North Oaks is home to WWII veterans who shared their D-Day stories with Marty Waxman, the MaCCRA Chapter President. The Baltimore Jewish Times featured their stories in a recent article.

The North Oaks Chapter hosts Delegate Shelly Hettleman and Dana Stein on May 8, 2019, for a legislative update.

Broadmead residents were stirred in late March 2019 by a dramatic concert presented by the Community Concert Choir of Baltimore. The group, founded by its director Marco Merrick in 2010, numbers 196 when fully assembled, with participants of all ages, differing cultural denominations, and from several states. In addition to Director Merrick, 32 singers, a […]

MaCCRA-Glen Meadows will entertain Ms. Laura Riley, Director of Baltimore County Department of Aging, as speaker at our Semi-annual meeting on January 30 at 1:45 in our Great Hall.  She will give an overview and innovations of the current department.  Ms. Alma Smith, President of our state MaCCRA will also join us to meet and greet our […]

Lorrie Rogers, Collingon shares their report on their member meeting held December 10, 2018. Three cheers for MaCCRA. We did it again, another successful, interesting meeting, this one featuring our District 24 senator and delegates.I think that many people would agree that we have a really good state delegation (Sen. Benson and Dels. Barron, Lewis, […]