Welcome to the newest MaCCRA Chapter! In February, Fairhaven MaCCRA members hosted Ann MacKay, MaCCRA President, and Dave Hall, MaCCRA Secretary at an organizational meeting for MaCCRA. In June a Chapter was organized and officers elected. The delegates participated in the June 6 Annual Meeting.

The Broadmead Chapter of MaCCRA held its Fall Meeting on Wednesday, October 9, 2019. The local state legislators were invited to talk about their expectations for the 2020 Maryland General Assembly.

State Senator Chris West expressed his gratitude for being invited back to Broadmead. He was pleased to see the progress of the new entrance being constructed for the installation of a traffic light. Senator West introduced the legislation for this traffic light. He went on to recognize the previous MaCCRA Board members who he has met with over the years. Of major concern for the 2020 General Assembly is the recommendations of the Kirwan Commission to provide funding ($3.8 billion a year) for improving the school systems. This will require increases in state as well as county taxes. The death with dignity bill failed to pass last year but will probably pass this year.

Delegate Michele Guyton also expressed her gratitude in being invited back to Broadmead. Her first year in the General Assembly was quite busy. She was able to introduce HB561 which would criminalize psychological abuse of vulnerable adults and the elderly. It did not pass this year, but she plans to bring it back this next session.

Delegate Nino Mangione is also a first year Delegate. He too expressed his appreciation in being invited to return to Broadmead. His role this past year is the Accountability Committee. He is dedicated to keeping spending under control. He expressed concern about the money being wasted in the schools, particularly the Baltimore City Schools.

Approximately 85 residents were in attendance and some had questions for their elected officials, and a few stayed around for one to one conversation. 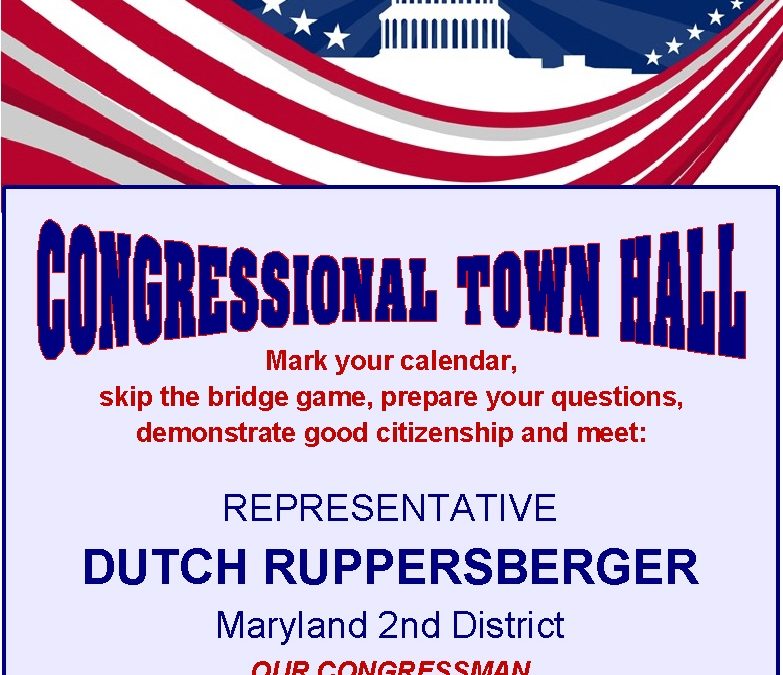